The engine oil jungle is vast. 5W30 – what does that mean? When making a purchase, there are very few people who know what this motor oil abbreviation stands for and simply buy the bottle with the correct information. Here we explain to you what 5W30 means!

5W30 etc. is the so-called SAE classification, also known as the viscosity class, which has been in place since as far back as 1911. This classification provides information on the flow characteristics of the oil.

In other words, how viscous an oil is at a specific temperature. For we Swiss in particular, the SAE classification is an important indicator, as not all engine oils are suitable for the icy conditions of the Swiss winter.

The engine oil used in modern vehicles is generally a so-called multi-purpose oil. Its viscosity increases at higher temperatures, meaning that the engine is quickly lubricated, even in the case of a cold start.

Engine oils with a low viscosity can flow easily. The larger the oil’s molecule chain, the greater the internal friction. The principle is the same as with concrete: the more sand and gravel that is mixed in, the more viscous the mixture.

Viscosity and its internal friction are best described by drawing on the example of honey. If you try to spread it on a spoon straight from the fridge, it will require a great deal of force – it barely flows. Thus, cold honey has a high viscosity.

If you warm the honey up, it begins to melt. The honey now has a low viscosity.

The most important engine oils at a glance:

Caution: The viscosity provides no information as to whether this oil is compatible with your engine. In order to know which oil goes with your car, you must consult the car manufacturer’s oil specification. This can generally be found in your vehicle’s user manual and is stated on the packaging of the engine oil. In the case of VW, this information is stated like this: VW 504 00. 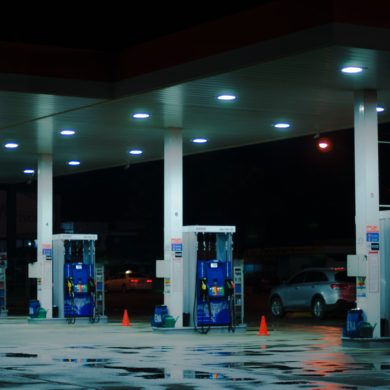